BELOIT, WI (February 24, 2022)— Kyle Harrison is one of the most recognizable lacrosse players of all time and widely considered to be a lacrosse legend. When he retired, everyone had the same question: What’s next? Harrison’s new partnership with RealityBLU, a powerful yet easy-to-use augmented platform, gives some insight.

Harrison is a nine-time all-star and 2017 championship winner who twice played for the United States national lacrosse team. Even before he retired from his 17-year playing career, Harrison’s goal has been to encourage and build up the next generation of athletes. In 2017, Harrison founded Team Eighteen, which provides additional training and playing opportunities for elite lacrosse players ages 12 to 18 years, and he runs in-person clinics and does motivational speaking around the country. Harrison is also a brand ambassador for a variety of companies, including STX, Legends, and Mendi CBD, for which there is important cross-over with the lacrosse community.

But reaching today’s youth marketplace is no easy task. How do you break into the awareness of young players when attention is as fleeting as a SnapChat story? “We knew that we had to reach young players where they are — in their homes and schools and lacrosse fields —with a technology that resonates with them,” Harrison says. “Increasingly, that is augmented reality.”

With his partnership with RealityBLU, Harrison can communicate with his audience by overlaying digital experiences in their real-world environments in ways that are both fun and powerful. RealityBLU categorizes these experiences into People, Places, and Things.

People: With RealityBLU’s Holotwin product, Kyle is able to “place” himself in the players’ environment and speak to them directly through a holographic twin. By scanning a QR Code and following the prompts, players can see Harrison standing in front of them (through their phones), speaking to them as if he were physically present.

“This allows me to add additional experiences to their relationship with the Team Eighteen brand, whether that is me using AR to show them ‘in person’ how to execute a specific technique or share news and updates from our community in a more personal and engaging way,” says Harrison. Places: With AR portals, players can walk out of their bedrooms and right onto one of the Team Eighteen lacrosse fields or any other location Harrison chooses. By scanning a QR Code, they can place a portal or doorway in their rooms, and then walk “through” the portal onto the field as if they were actually there. Players can even “join” a Team Eighteen team with a game in progress — thanks to RealityBLU and 360-degree video.

“RealityBLU’s portal technology is a powerful tool for recruiting,” Harrison notes. “What reinforces the value of an experience like actually experiencing it? AR portals give future players the opportunity to better visualize what our camps are like.”

Things: An important aspect of Harrison’s business is sponsorships of products that enhance the lacrosse experience, whether that is promoting the next-gen gear or pointing them to helpful health and wellness products. Augmented reality enables players to view products in full 3D, rotating them, zooming in and out on key details, and interacting with those products in a way more immersive than images or video.

“We are really excited about this partnership with RealityBLU because we see this as a platform that integrates with all of our different lines of business,” says Harrison. “We love the ease of use, and we’re learning so much from the RealityBLU team. We’re just getting starting in understanding what it can do.”

Kyle Harrison is a nine-time all-star and 2017 championship winner who twice played for the United States national lacrosse team. As a college lacrosse player, he played at Johns Hopkins University and was co-captain on the team that went undefeated (16-0) to win the 2005 NCAA Division I Men's Lacrosse Championship. The same year, he was the 2005 Tewaaraton Men's Player of the Year Award recipient. In 2016, he was inducted into the Johns Hopkins University Athletics Hall of Fame. He played on the 2021 Premier Lacrosse League until 2021 when he retired. In 2017, Harrison founded and is now the director of Team Eighteen, which provides additional training and playing opportunities for players from across North America. He also travels the United States and runs in-person clinics and does motivational speaking. Learn more about Team Eighteen at https://www.teameighteen.com/.

Endurance Warranty Services Uses WorldViewAR to Save on Postal Costs

Why NFTs Matter, Even if You’re Not a Techie

Get our Free Ebook

Designing a Program
That Really Works! 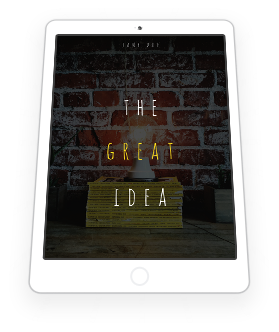